One of the basic activities realised by New Wave is the reintroduction of Griffon vultures in Bosnia and Herzegovina and the development of eco tourism. In 2007 New Wave has launched several projects aimed at the development of eco-tourism and the conservation of disrupted biodiversity in Bosnia and Herzegovina. With the help of our donors from Spain, Italy, Germany, the USA and the UN, we have been successfully realising our projects.

The activities of New Wave Youth Club related to the griffon vultures are:

Eco-centre ‘Blagaj’ in Blagaj, home of one of the strongest sources in Europe ,’the source of the river Buna’, is a research and education centre for nature protection that has been active since 2007. The core objective of our Centre is to protect the griffon vultures – one of the most endangered bird species in Europe. Particular attention is paid to the education programme on the griffon vultures, which is a very important part of the project ‘Eco-Development in Rural Areas in Bosnia and Herzegovina’.

One of our core activities is to educate young people between the ages of 6 and 14, through programmes that lead to return to nature. By gradually steping into the world of nature, we strive to make our children aware of nature around them and make them see it differently. We encourage them to create a positive attitude toward the environment and its preservation. 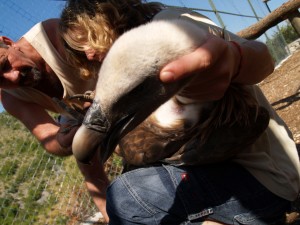 It is very important for us to teach our children as much as we can about griffon vultures -what these birds look like, how they live, what they feed on, and that they are not dangerous to people, even more so they are useful in nature. That is why we call them nature cleaners.

Given that children and adolescents between the ages of 6 and 14 are not familiar with these birds, they know nothing or very little about them, the education programme helps them to approach the world of nature and birds.

The programmes are designed to contribute to the development of ecological awareness and the ability of children to engage themselves in various nature protection programmes. We organise educational programmes through half-day trips to Blagaj. Before taking the children  to nature they are better acquainted with griffon vultures through a multimedia present.

Cage for the griffon vultures

The cage for the griffon vultures was built in Eco Centre Blagaj, the Galcici area. The cage dimensions are 15 * 10 * 8 metres and it is among the largest in the Balkans. 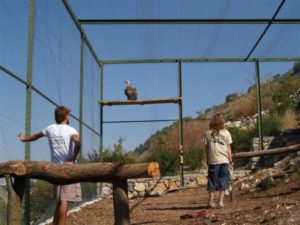 It was built on the site that the griffon vultures used to inhabit before the war so that the location itself is very important for the process of reintroduction.

The construction itself has a great significance. It is used as a bait for the griffon vultures that descend from the direction of Cres (Croatia) to Uvac (Serbia) and vice versa because the location itself, geographically, is located on the natural corridor of these birds’ movements.

It  is very important to emphasize that this cage with griffon vultures is used for tourist educational activities as well as for raising awareness of citizens of Bosnia and Herzegovina about the endangerment of these kings who have once flown in our sky.

Over 16,000 students from 16 primary schools in Mostar and Bosnia and Herzegovina have participated in our education programme so far.

The education and tourism programme has justified our expectations and we hope to achieve even better results in the future.

The basic characteristics of griffon vultures 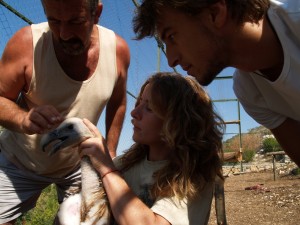 The griffon vulture is one of the larg est flying birds. It is 95-105 cm long, and it mostly weighs between 8 and 9 kg. 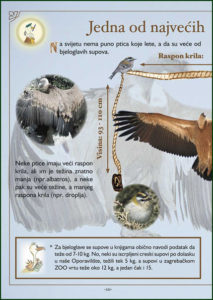 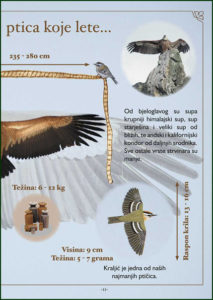 A strong beak, head and long neck without larger feathers to reach food deep inside the animal.Short blunt clutches an 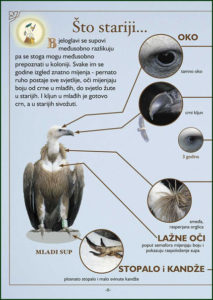 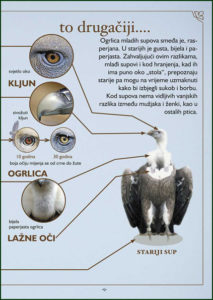 By finding the carcasses and feeding on them, the griffon vultures stop the potential chain of infection and prevent the onset of an epidemic among cattle. Their stomach is resistant to toxic products of bulky proteins, and enzymes of their intestinal tract kill almost all the dangerous bacteria.

The first written data on the colonies of the griffon vultures in Herzegovina dates back to 1885.

Three separate colonies had their nests  in Herzegovina:

– above the source of the River Buna in Blagaj,

– in the mountain Hrgud near Stolac,

– in the canyon of the Neretva River near Žitomislić.

During the 1983 and 1984 monitoring during nesting at these three sites, a population of 25 to 30 pairs was established. 14 active nests were also registered.

One of their most impressive colonies was above the Dervish Tekke in Blagaj.

Problem of their extinction

There was poisoning of Griffon vultures  in 1991. In order to save his flock of goats from wolves, a man poisoned one goat hoping to kill the wolves. Instead, he poisoned almost all the Griffon vultures that inhabited that area.

Since 2007 New Wave Youth Club has been working  on the reintroduction of Griffon vultures to their natural habitats, Blagaj area, which is a very complex and complicated job. 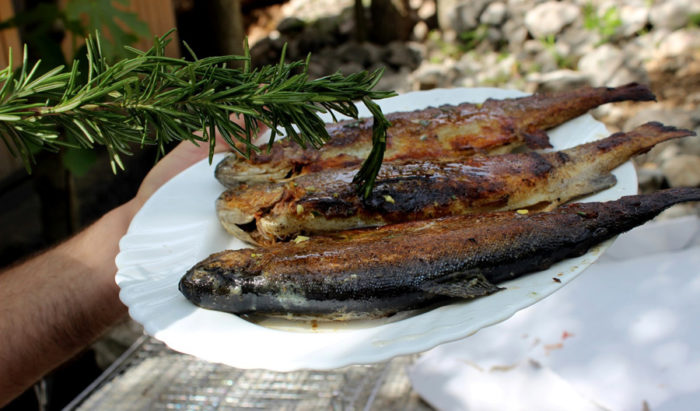 In the natural shade of trees in the yard of our bar, to make your enjoyment complete, we also offer… 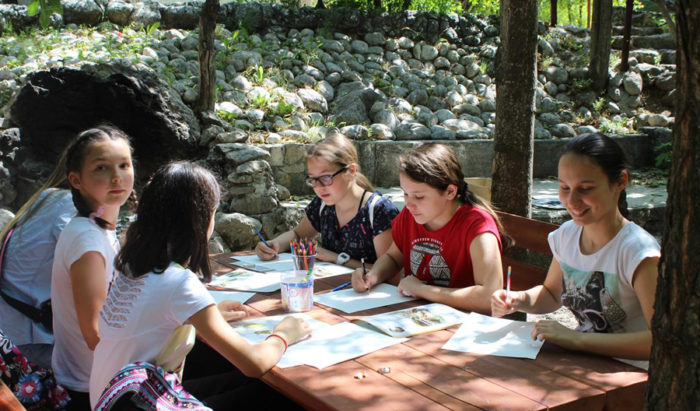 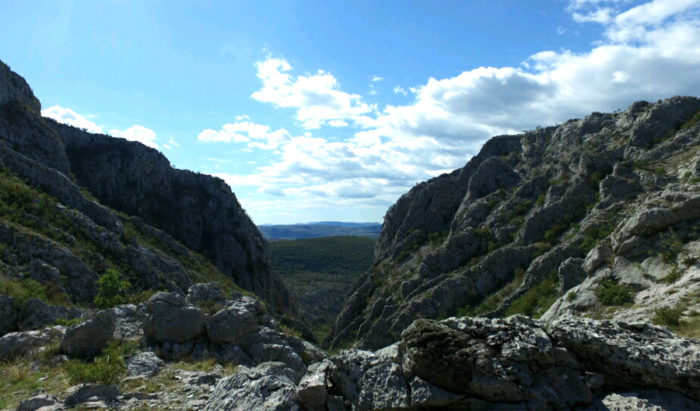 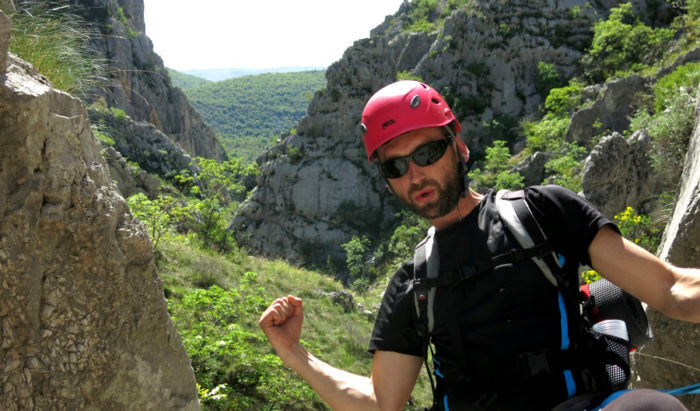 If you are planning to visit Blagaj and its cultural heritage, the New Wave organisation provides  services of certified tourist…